We wandered in to Suffolk, much to our surprise.

We spent yesterday at Burwell and after topping up the store cupboard at the local Co-op we had a quick look at the village. 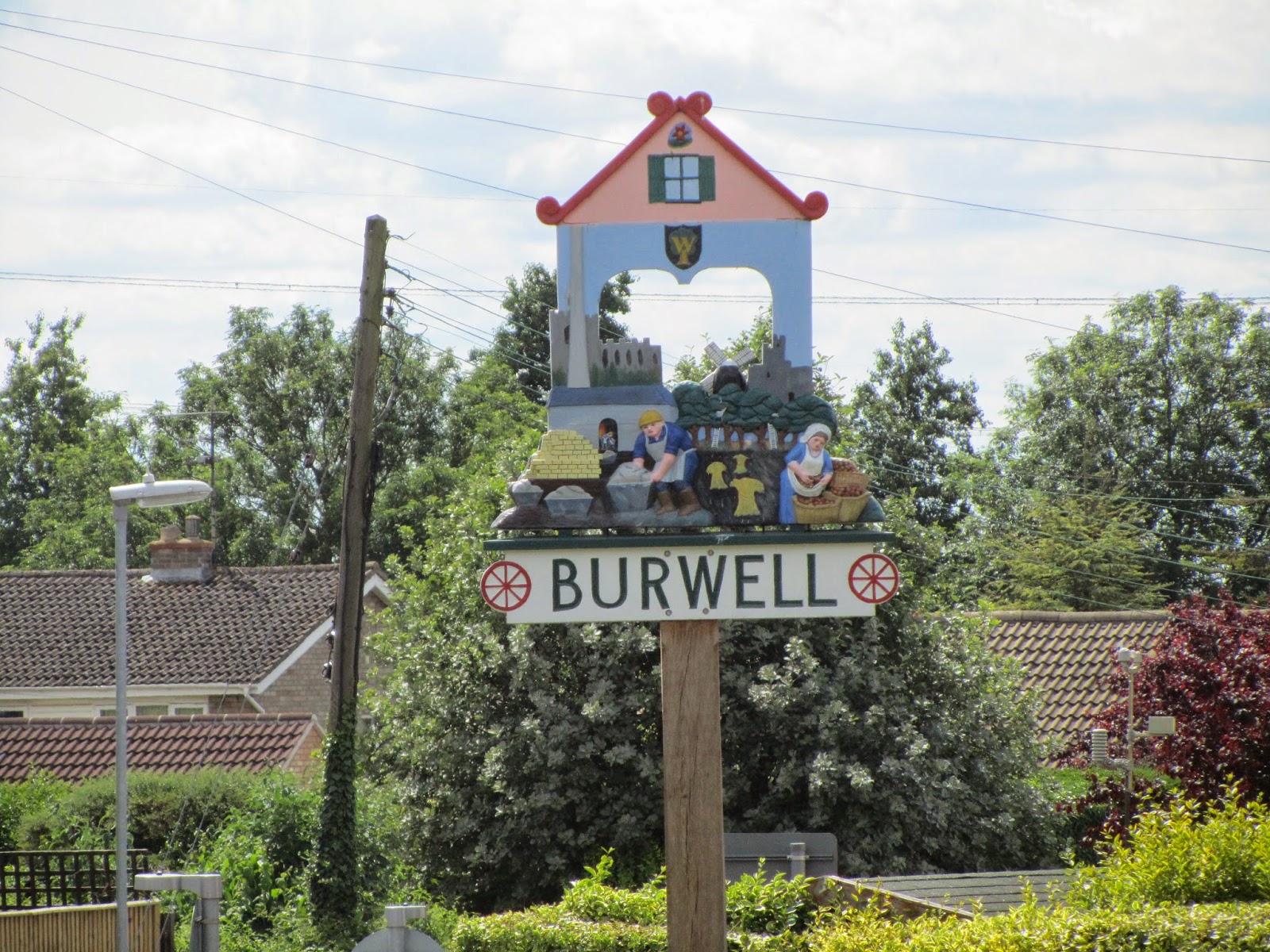 Like Reach it was once an important inland port, originally dealing in agricultural produce and clunch, a hard form of chalk much used locally as a building stone. In the 1850's the Burwell Chemical Works opened, by the 1890's it had become the The Patent Manure Works and around 10,000 tons of goods were shipped along the lode annually, using three steam tugs and a fleet of lighters. Subsequently owned by Fisons, boats were used to ship fertiliser until 1948 and commercial use only ended in 1963 when the traffic in sugar beet finished. 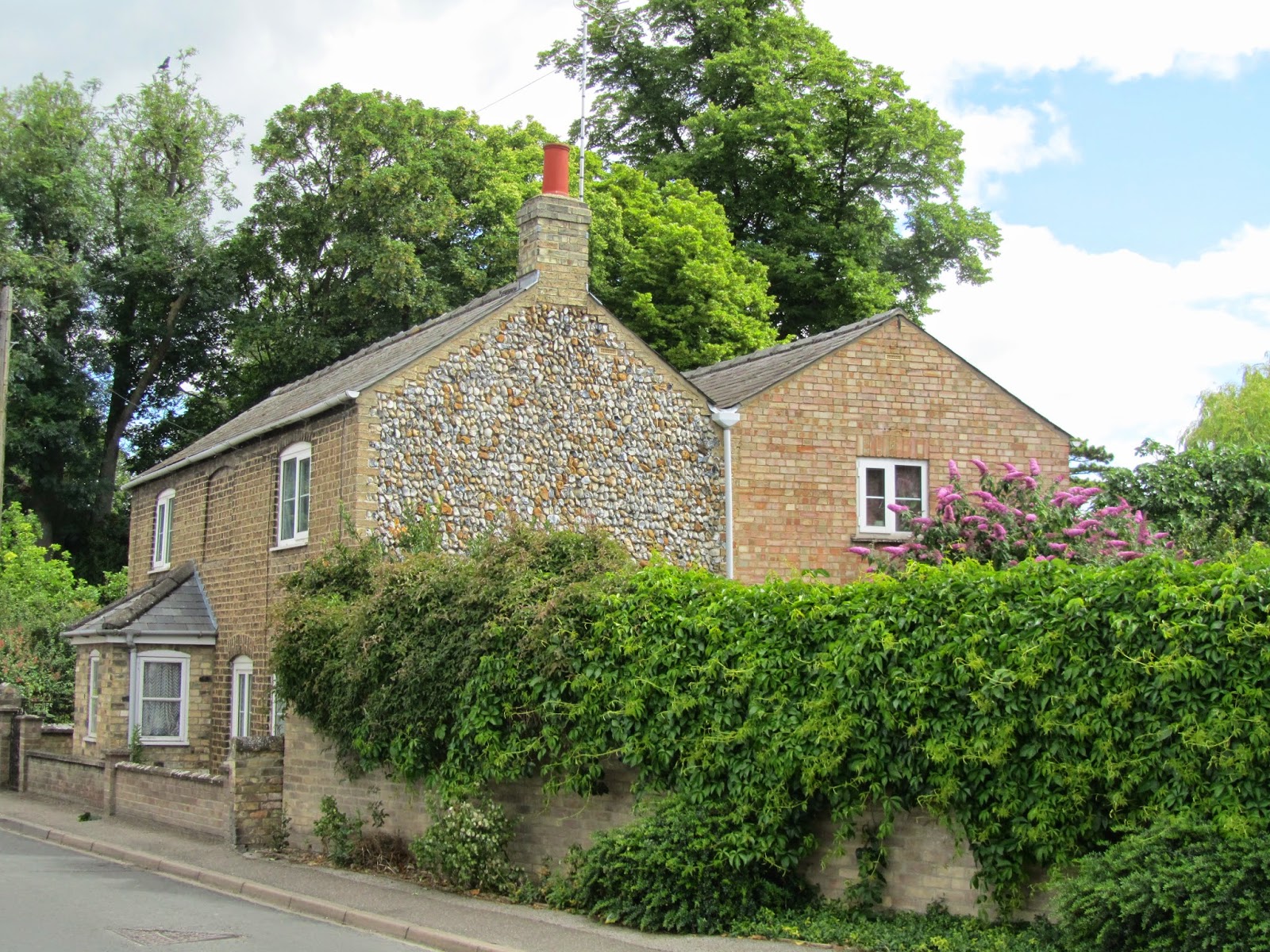 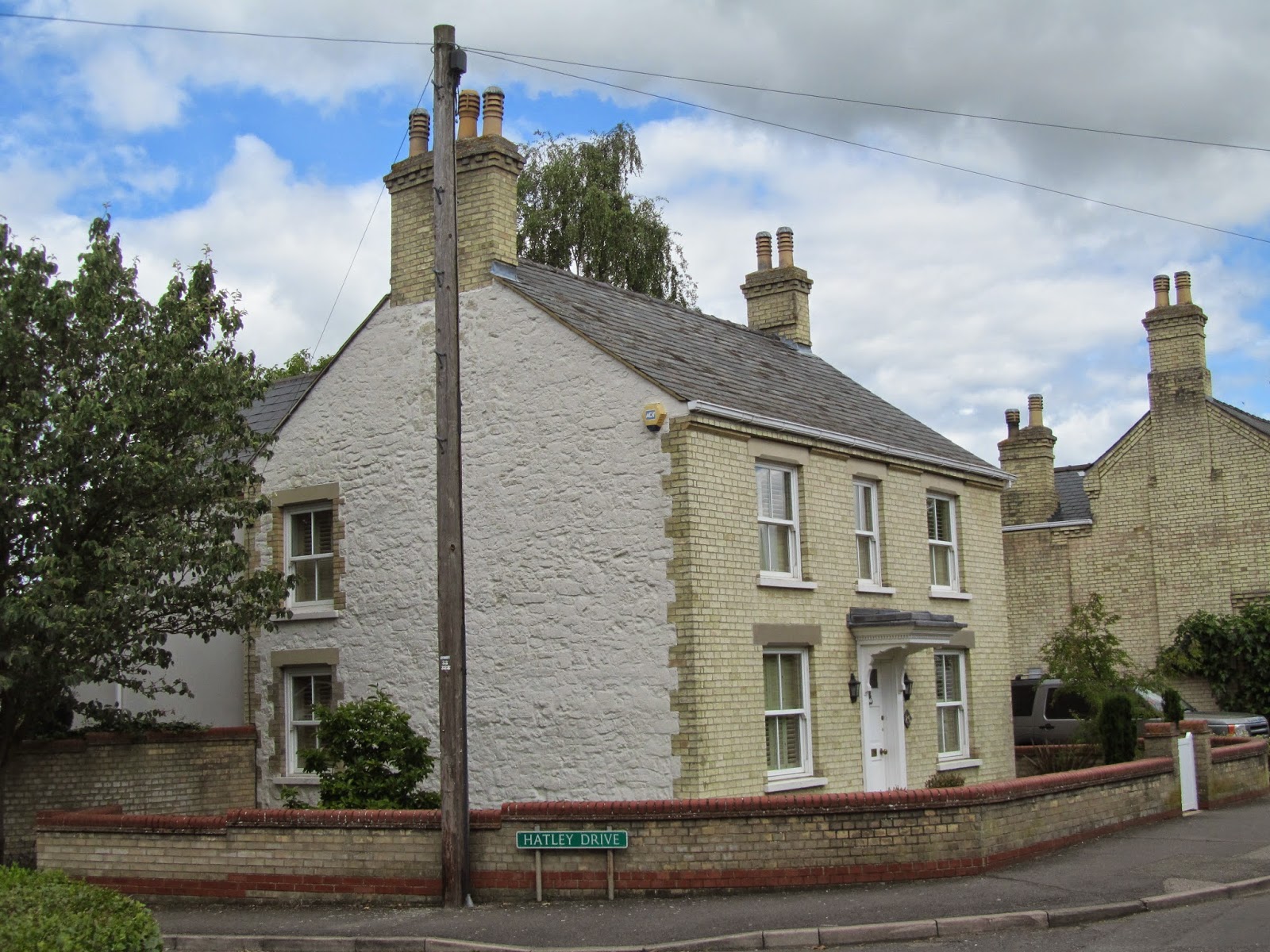 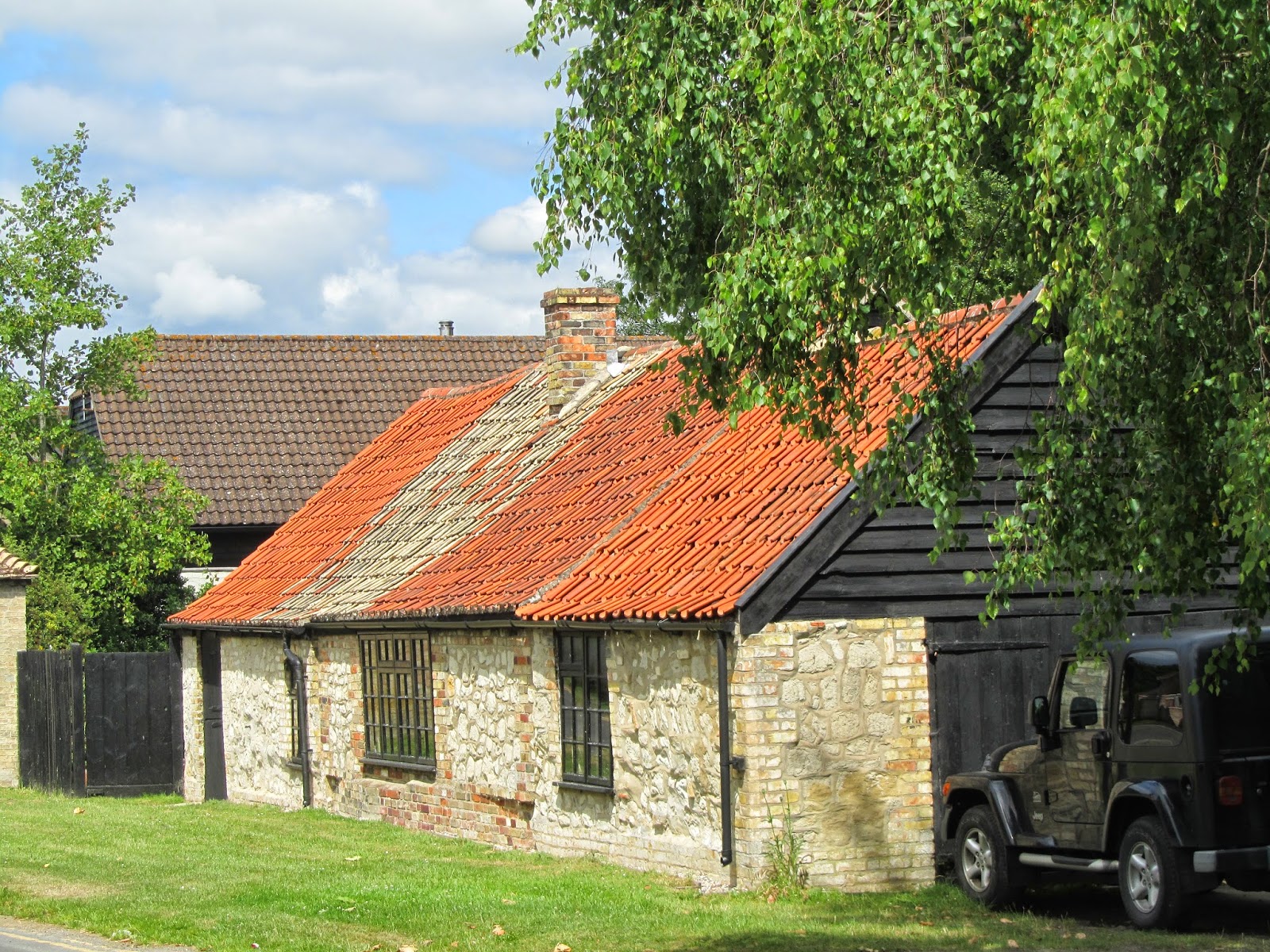 Just a glimpse of some of the houses. Mostly clunch, local brick or a mixture of both. Lots of lovely red pantile rooves as well. 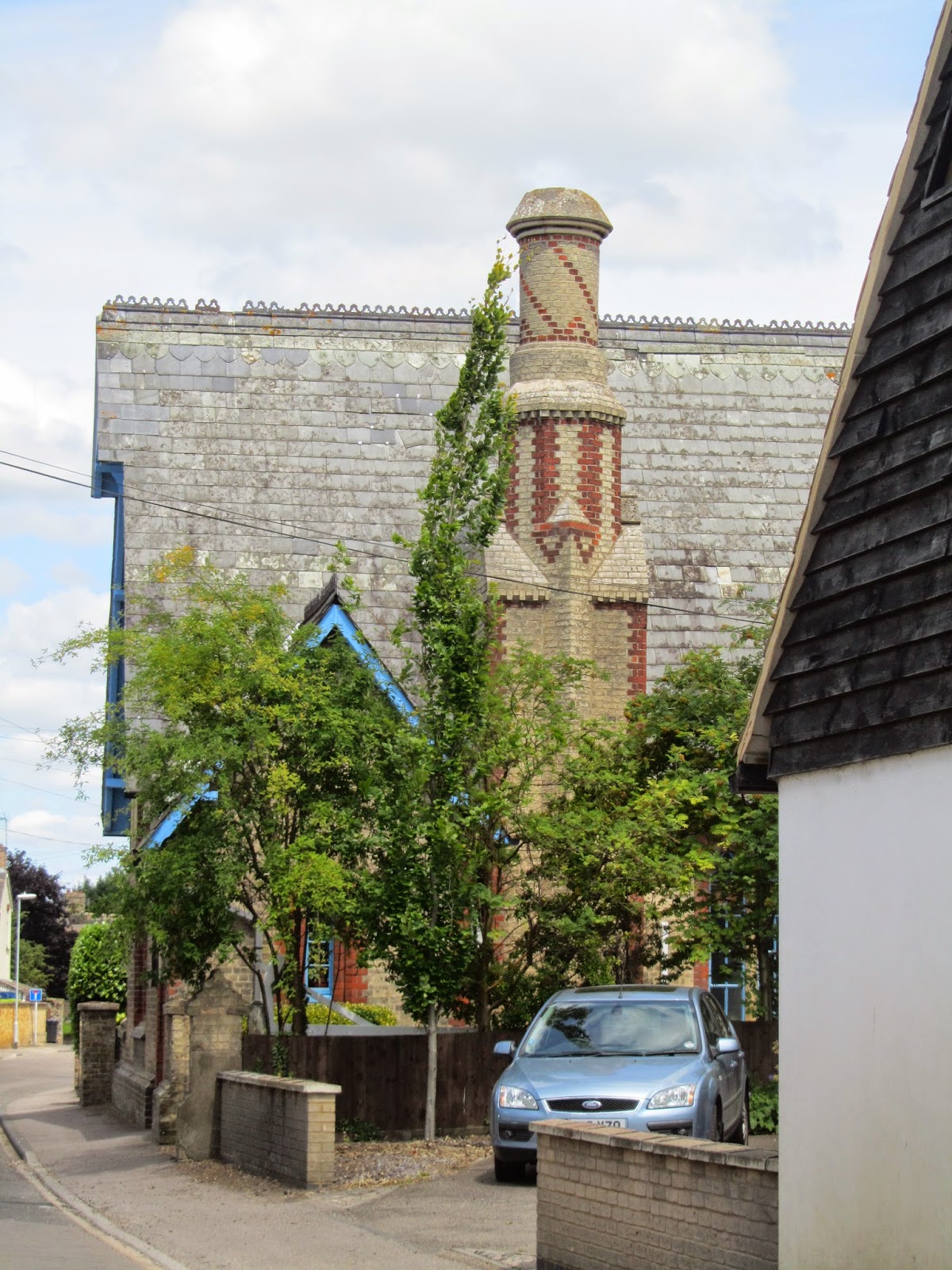 This wondrous chimney is attached to what appears to be an old chapel. 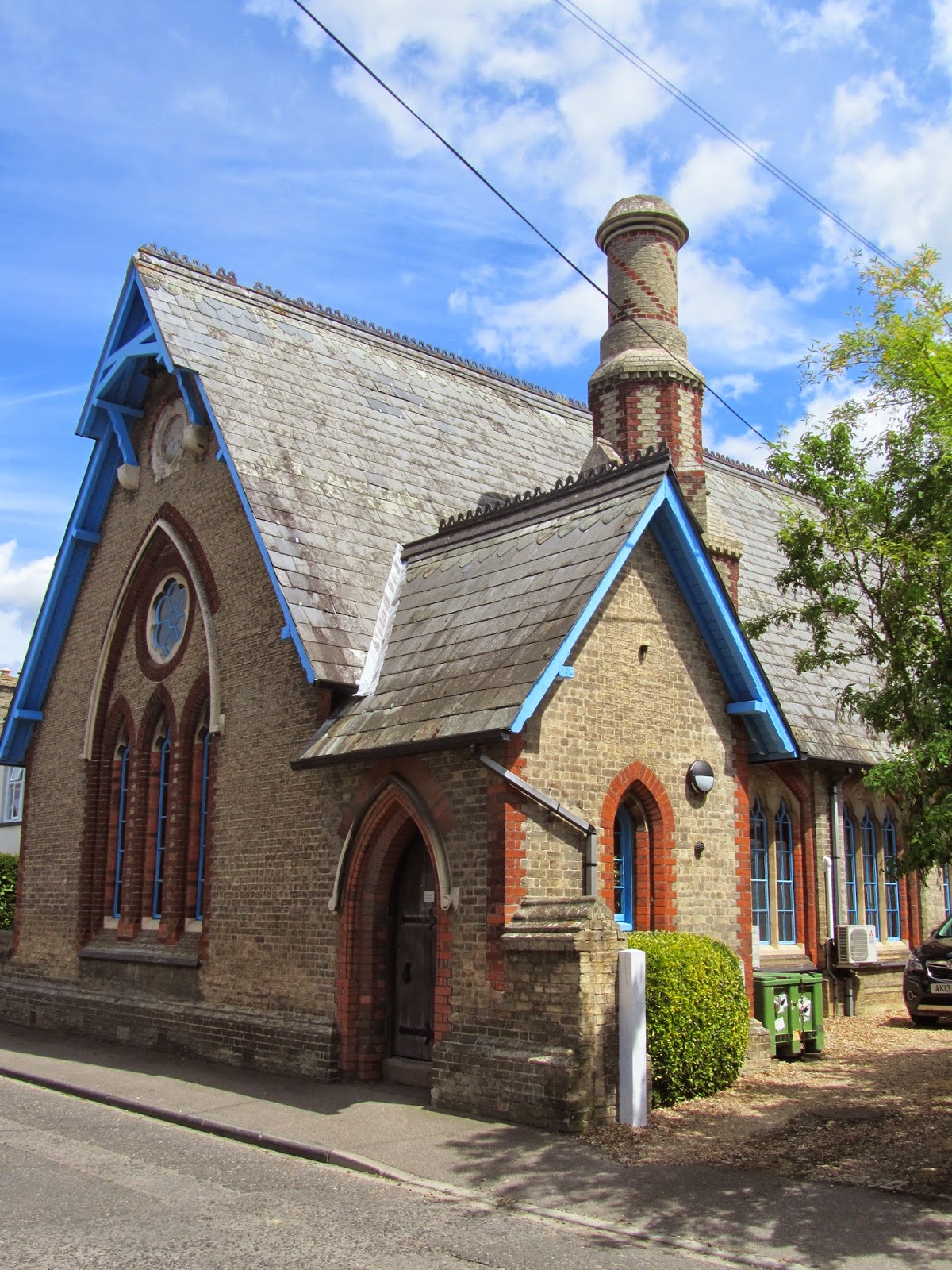 Or possibly a school? Whichever it was it must have had one hell of a central heating system. 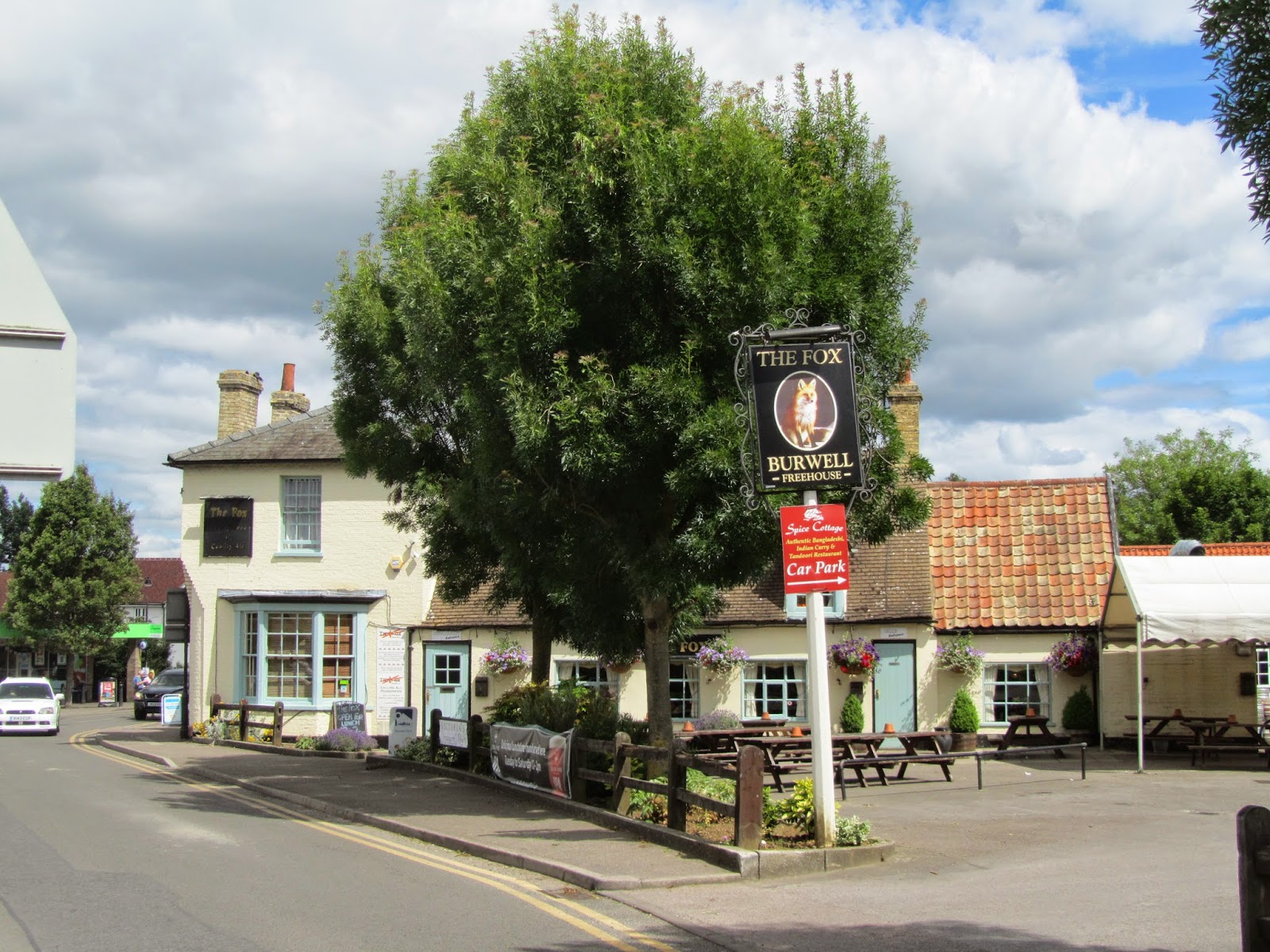 The Fox, unusual in having a Mexican restaurant, not bad either. There's also an Indian next door.
Having viewed the village we strode off up some local footpaths passing 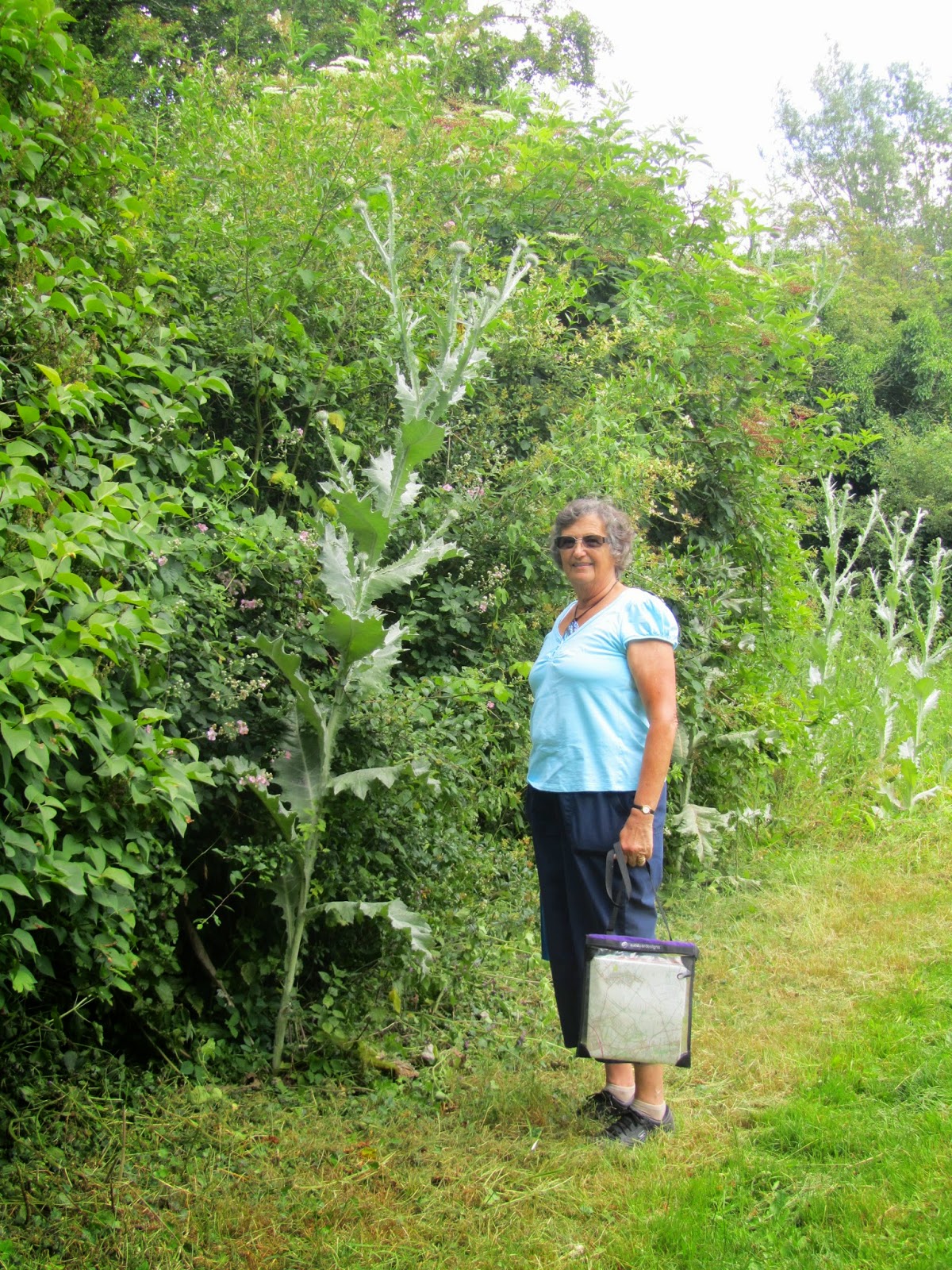 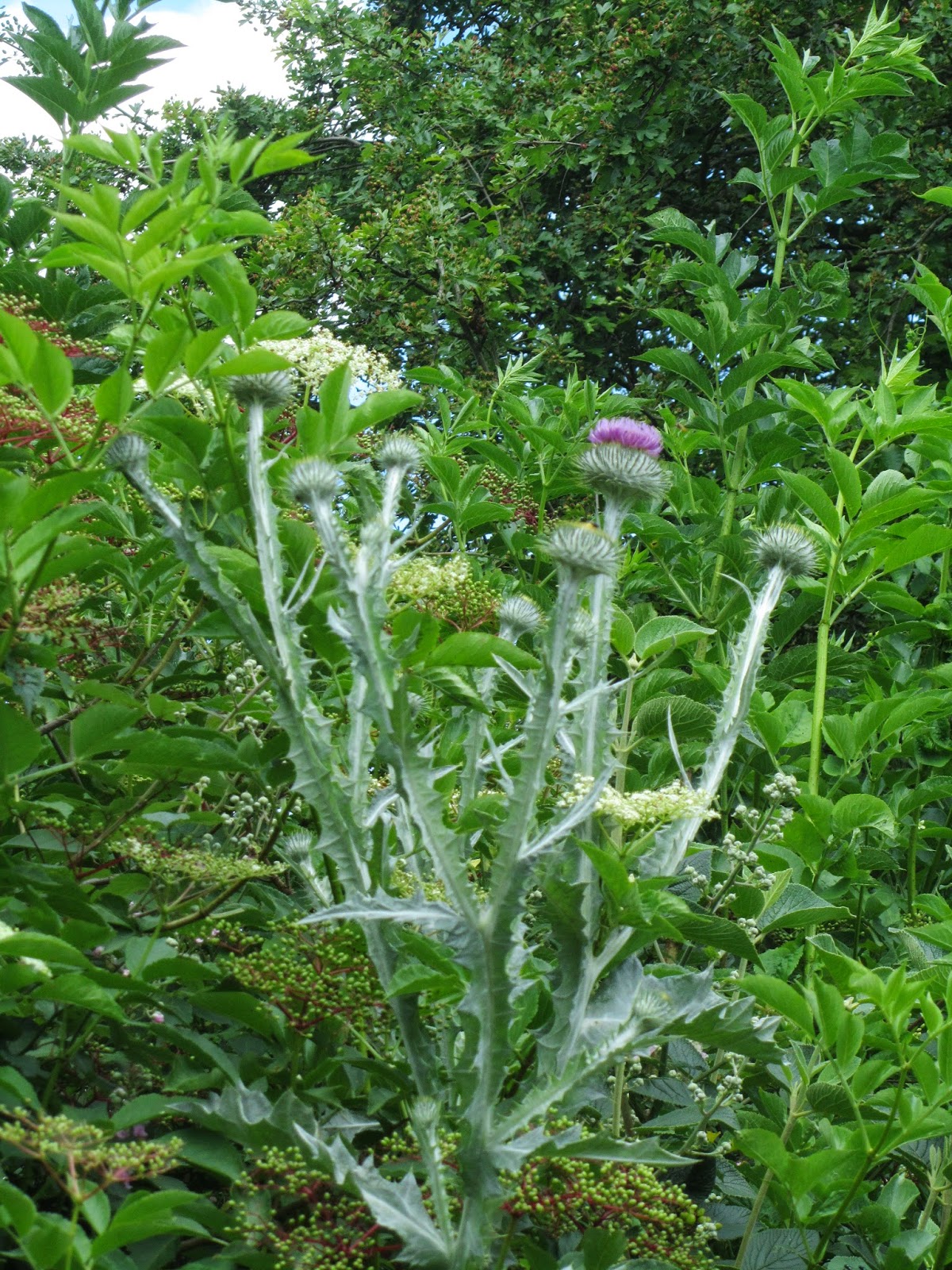 ginormous thistles. They were outside a house that stands beside a long closed railway line. The house is ironically called Beeching House.
Having walked two sides of a rectangle we were heading back towards the village when we were amazed to see 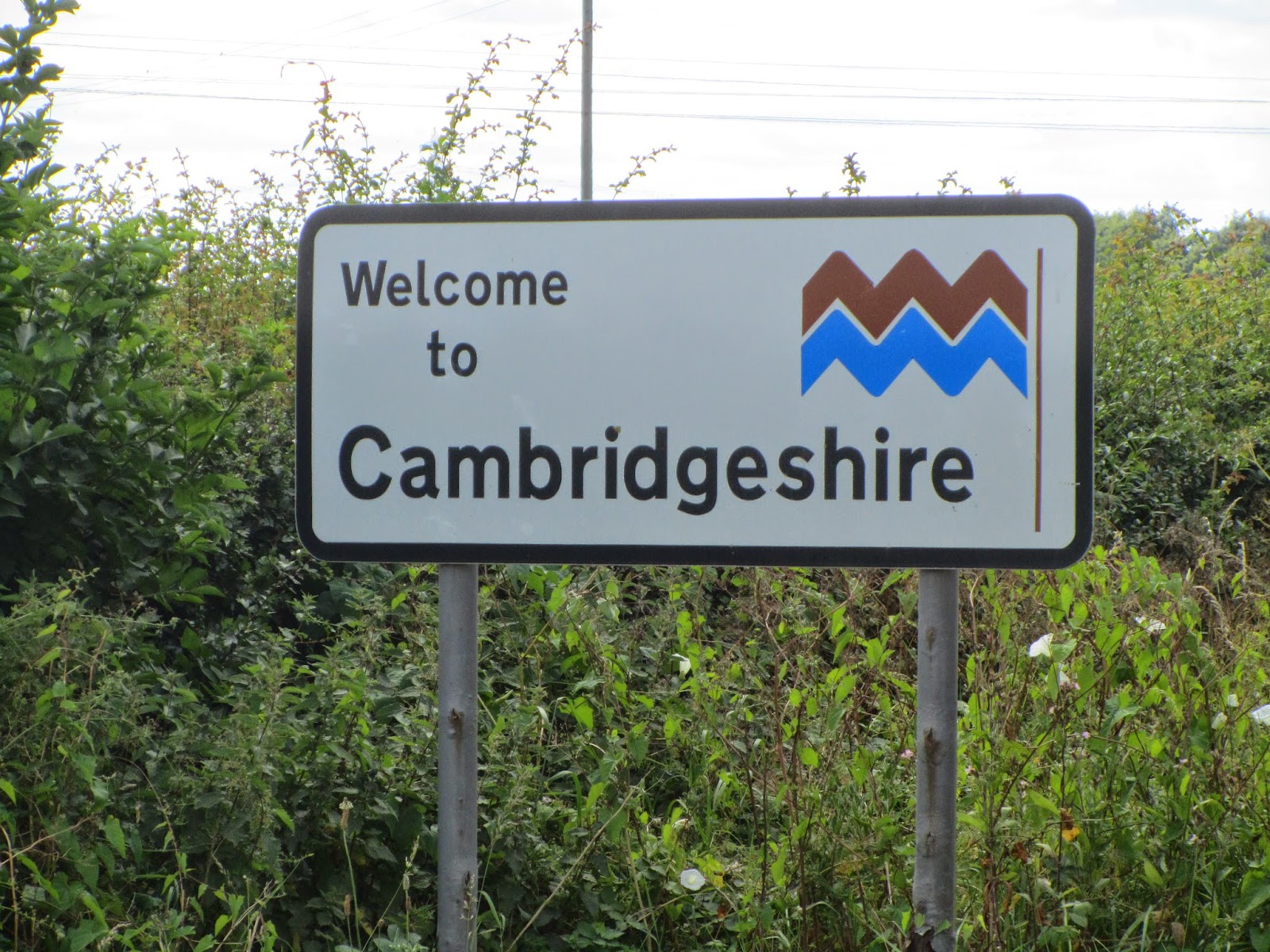 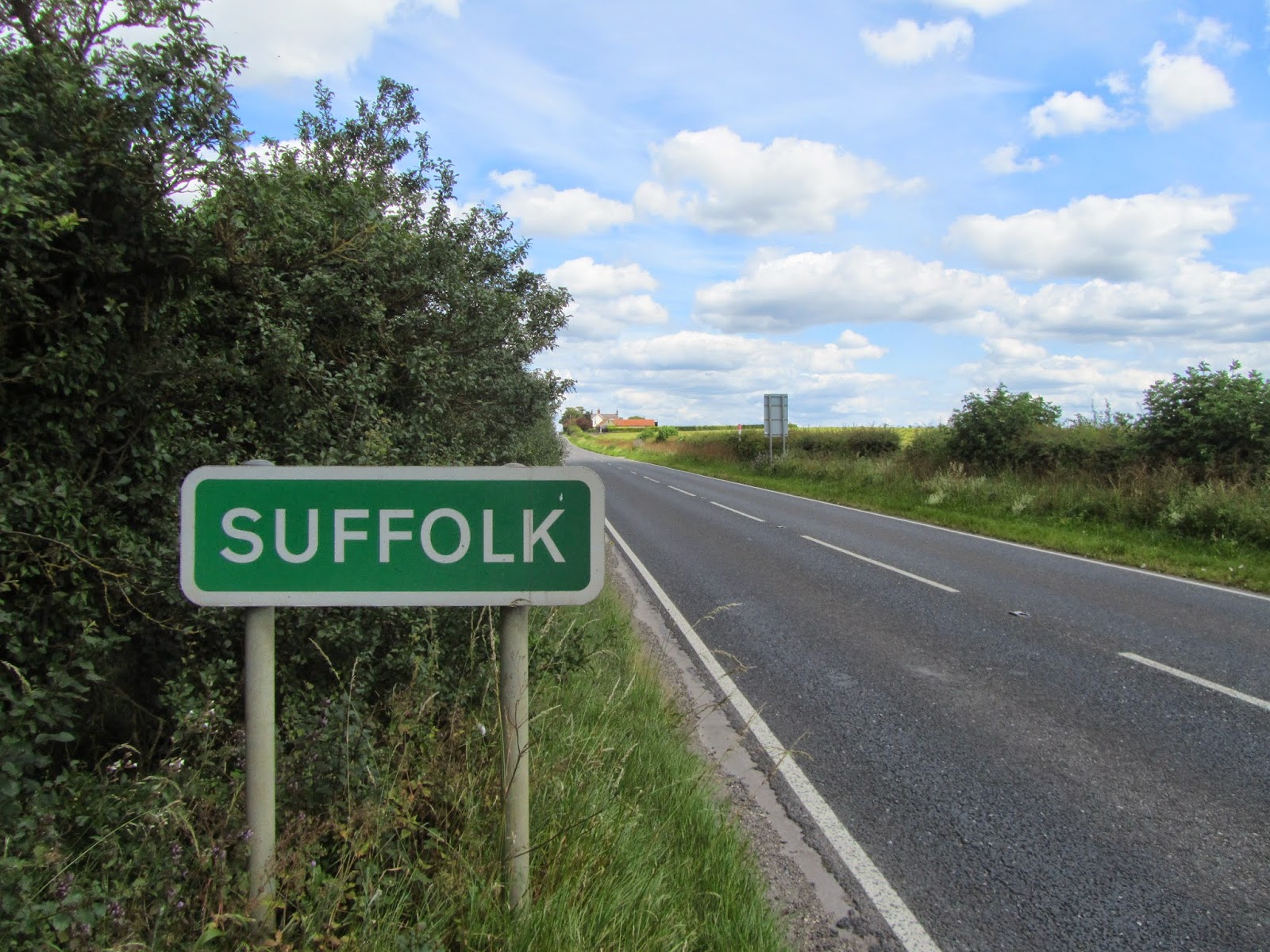 that we were leaving Suffolk, no idea how we had wandered into the next county but we obviously had at some point.
We are now back in Wickham and looking at the weather forecast I think we may be here for a day or two.