We didn't stay long at Hinckley, just enough time for a dash up to Tescos and then we moved out past the Triumph motorcycle factory. 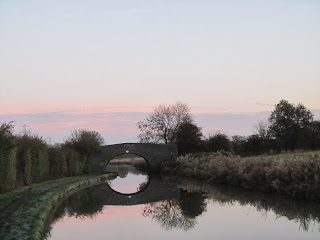 Yesterday morning arrived with a sharp frost and bright sunshine, ideal day for moving on, we managed nearly two miles up to the farm shop at Stoke Golding. King size pork chops for Sunday dinner.
It's been a while since we went up into the village so we decided that lunch out sounded like a good scheme. 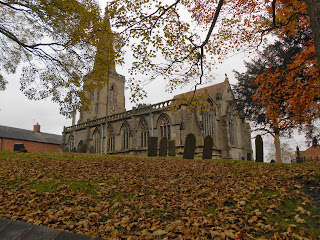 The church stands at the highest point of the village and is a landmark for miles around.
There are three pubs in the village, The Swan wasn't doing food but a pint of Everard's Tiger proved a good investment. The Three Horseshoes only opens in the evening but The George and Dragon came up trumps. Limited menu but freshly cooked. Jill had the steak and ale pie and was most impressed, my gammon was also spot on. On the barman's advice I tried 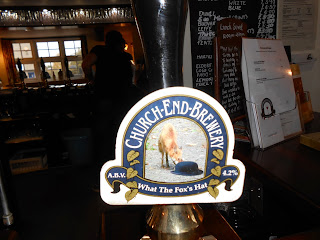 one of the local brews, it was so good I forced myself to go back for another pint.
On the way back to the boat we spotted a blue plaque on a house, 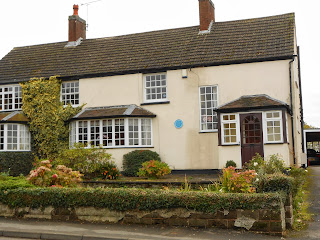 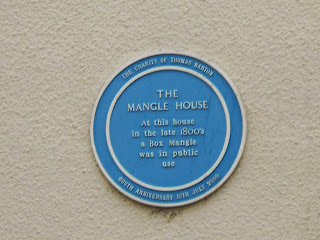 now I've seen blue plaques for all sorts of people but this is the first I've seen for a domestic appliance.
We also found another a little way along the road, 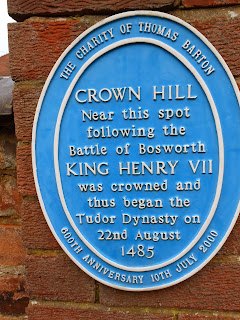 mind you, every village in the area claims to be where the usurper placed the crown of the foully slain good King Richard on his own head. 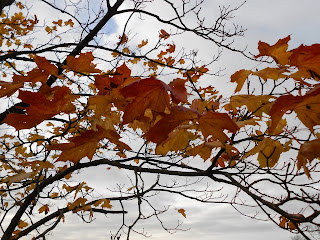 I've put this picture in purely because I like it and I'm rather proud of it. 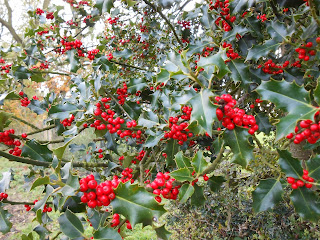 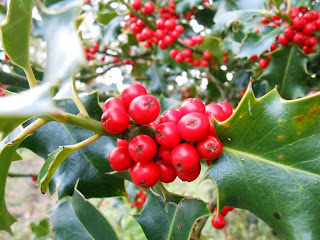 Looks like it will soon be time for turkeys to take cover.
Today we moved another two miles, out into the rolling Leicestershire countryside. Really getting into winter mode now.