One of our all time favourite moorings is at bridge 129, ladder bridge, 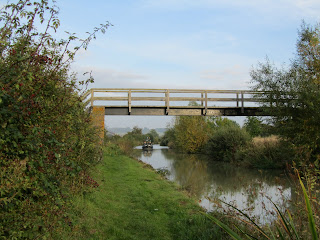 so called as it is a footbridge with steps either side rather than a slope, also it doesn't go anywhere, not even a footpath either side, just ploughed fields. 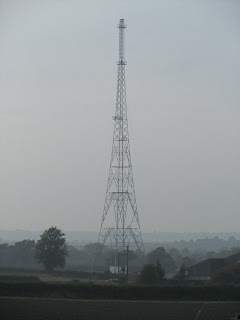 No, it's not Paris, I believe it belongs to Decca-Racal so is presumably something to do with navigation but probably not on the Oxford Canal. 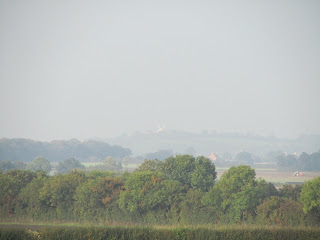 On a misty day I could still see Napton windmill, it's on the skyline, dead centre, but is a bit difficult to pick out, look for a white diagonal cross, that's it, you've spotted it, well done.
Posted by Graham and Jill Findlay at 19:50

Have you looked at any of the old photos of the mast when it was working, I think it was like this http://www.jproc.ca/hyperbolic/decca_uk.html
Its strange that there are no lights on it now for aircraft.