The dangers of addiction. 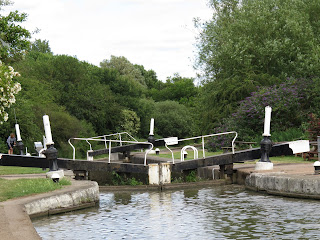 We watered at the top of Cape Locks and then set of through Leamington Spa. 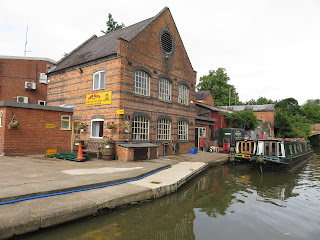 This is a dangerous building, the home of Kate Boats, our favoured hire boats in days of yore. Too many visits and we were addicted. Just look where that has left us, permanently bound to a wandering life, people of no fixed abode, itinerants. So beware, it could happen to you.
After a quick stop at the convenient canal side Tescos for a top up we moved on. 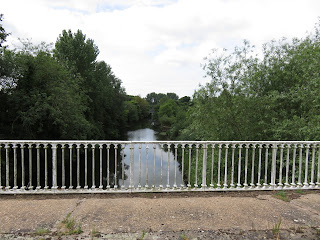 Crossing the aqueduct over the Avon. There are plans to one day connect the canal to the river about here, if the riparian owners of the river agree to letting boats traverse the stretch from Alveston Weir. As far as I can make out that will be about the same time as hell freezes over. 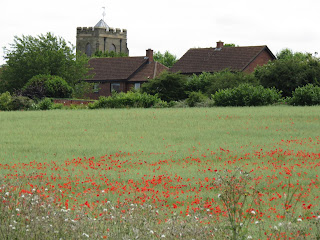 The evening stop is across the meadows from Radford Semele church which is keeping us entranced with that most quintessential of English sounds, the bell ringers at practice.
Shortly after mooring, in the distance, came the unmistakeable sound of a steam whistle. 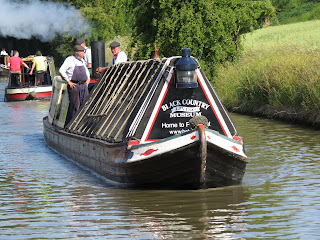 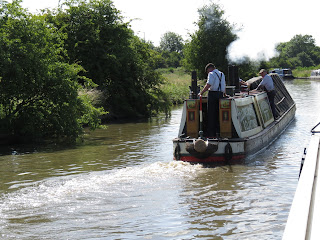 President making her way back from the Braunston Rally.

Posted by Graham and Jill Findlay at 20:35