Hatton, just about sums today up.

It had to come. Today we tackled The Stairway to Heaven; or as we were descending perhaps it was to somewhat warmer regions. Who knows? 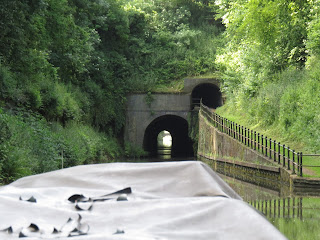 But first came Shrewley Tunnel with its odd horse tunnel taking the towpath through alongside the main tunnel. I am unable to work out the thinking behind this. Surely it would have been cheaper just to take the horses over the hill. Or if there were some problem with that it would have made more sense to widen the canal tunnel and provide a towpath alongside the canal. I'm quite happy with the current set up though; just one more little quirk of the wonder that is the inland waterways. 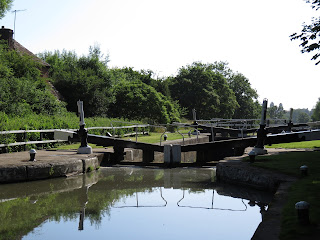 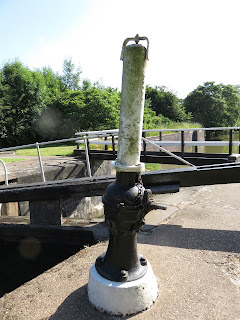 The top of the Hatton Flight with their statuesque paddle gear. We watered and waited at the top but alas no other boat appeared to share the hard graft of the descent. 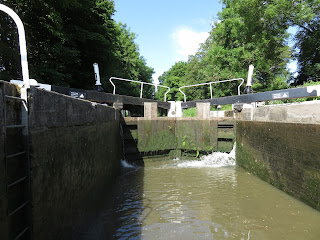 Those lock chambers are large and lonely for a boat on its own. 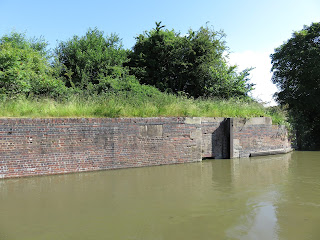 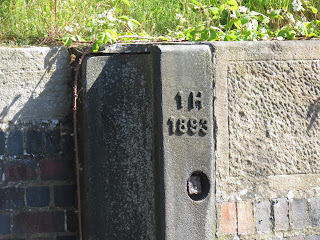 As you descend there is plenty of evidence of the old single locks that were replaced by the wide locks in the modernisation of the nineteen-thirties. This is one wall of the chamber of the old top lock complete with gate recess and the date 1893 and the lock number, Hatton number 1. 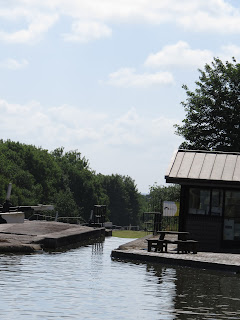 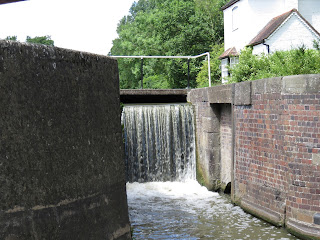 A lot of the old chambers have found a new use as by-washes for the newer locks.
Fortunately, after a couple of locks we were met by another of C&RT's splendid volunteers who set off lock wheeling for us which decreased the work load and increased the speed of our transit. 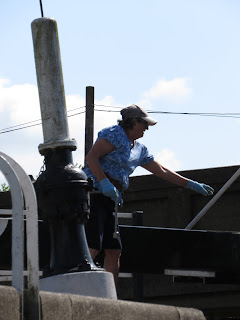 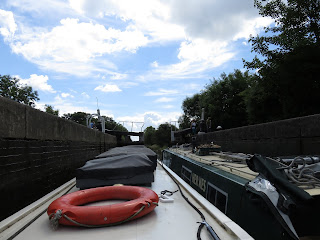 out from the Black Boy Cruising Club for the weekend.
Well we fairly flew down the rest of the flight and were soon passing the cottage by the bottom lock. 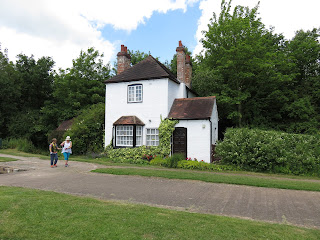 Having reached the bottom of the flight there was only one place to head for. 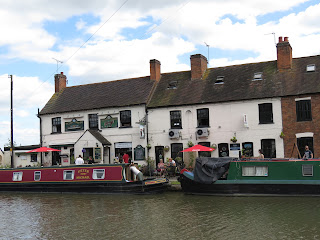 The Cape of Good Hope. Odd name for a pub in Warwick, especially as it is currently run by New Zealanders. But they fed and watered us splendidly.

Watch this space...
Posted by Graham and Jill Findlay at 20:12

In effect, the horse tunnel does take you over the hill, because it's only a fraction of the length of the canal tunnel. It takes you up to the street, which you have to cross, and then try to find the footpath to take you back down to the canal.

Possibly all to do with gradients?