Side tracked by the Olympics. (Didn't we do well).

It has been a week since I last did a post, this is not due to my usual bone idleness but because we have been moored at Lowsonford watching the Olympics and there was no signal for the dongle. So, to go back to where I left the story. We discovered that if you walk up through the new housing at Dickens Heath there is a regular "village" centre with all the shops, even a Tesco Express, very handy. 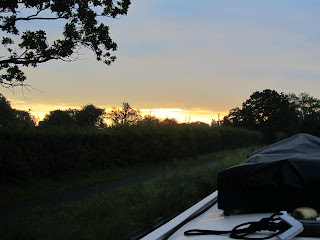 Last Monday we set off for the Lapworth flight just as the sun crept over the horizon, another early start, much to Jill's disgust. 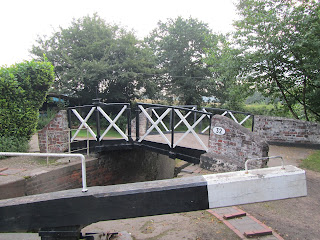 Bridge 32 is the first of the Stratford's split bridges, originally the two sides were cantilevered out leaving an inch gap between them, this allowed the towing line of the horse boats to be dropped through and saved disconnecting the line as the boat went under the bridge. 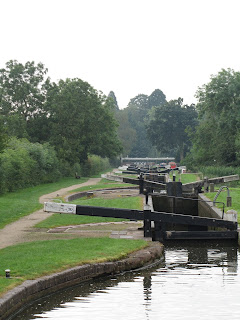 The trouble with Brum is that having climbed up one flight of locks to get there and to leave you have to go down another flight. 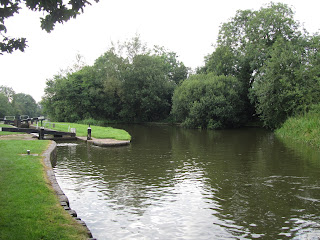 Lapworth has large side ponds 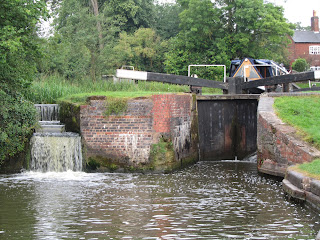 and exuberant by washes. That's Armadillo peering over the gates. 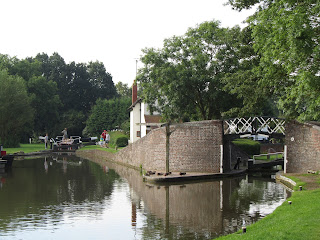 Below lock twenty one you have a choice; off to the left takes you across to the Grand Union, to the right and you are heading for Stratford. We went right. 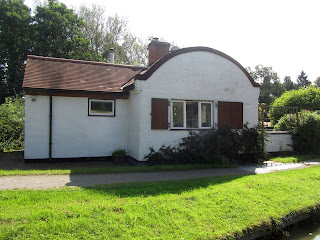 Soon you are passing the other typical feature of this canal, the barrel roofed cottages. there are several theories about why the roofs are that shape, I have no idea about it but they are attractive. 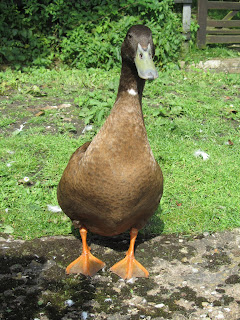 A lockside gongoozler, he was most interested in what was going on.
After twenty nine locks we arrived at Lowsonford and adjourned to the Fleur de Lys pub. 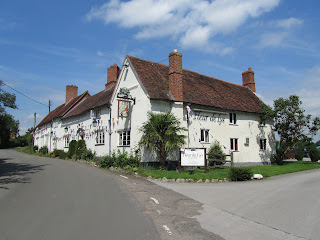 It claims to be famous for its pies, we tried them. The crust appeared to be bullet proof and the filling somewhat difficult to locate, there wasn't a lot of it. The guest beer, Maid Marion, was ok though.
Next morning I rose early and engaged in the piscatorial art. 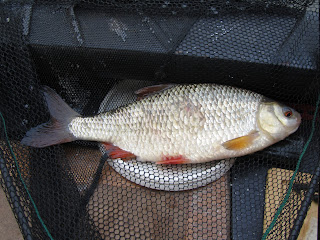 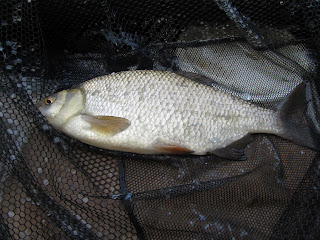 Just a bit of bread and off you go. These were the best two of several. The thing is everyone feeds the ducks here so the fish are used to feasting on bread, makes life easy for the angler. 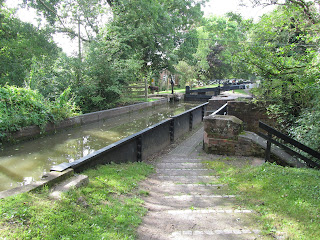 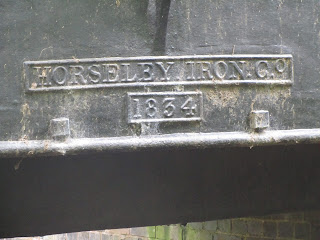 Today we moved on, crossing Yarningale aqueduct, a bit like Pontcysyllte but not quite as big. 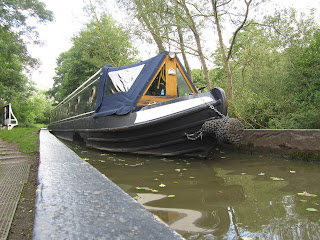 With its low level towpath it gives a new angle on boating.
Now at Wootton Wawen, tomorrow we intend having a look at the village:

Posted by Graham and Jill Findlay at 22:44