A stroll in Warwickshire.

Having sat out Friday's rain between bridges 103 and 102, in the lee of Bush Hill, by Flecknoe, 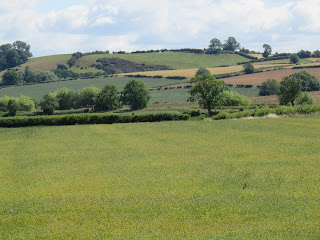 Saturday morning dawned bright and clear with just a breeze to contend with. So, having broken our fast with an Arbroath smokie, we set of for a walk in almost summer warmth. 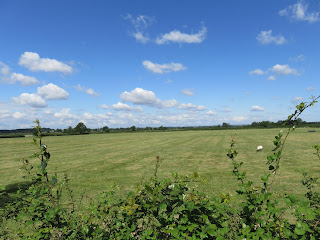 The blue sky had just a scattering of small clouds and in the shelter of the hedgerow we came across this gorgeous chap, or chapess. 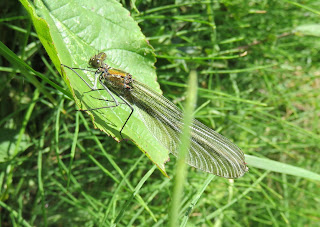 We have seen very few damsel or dragon flies this summer, presumably due to the lack of heat. 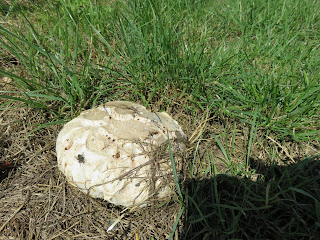 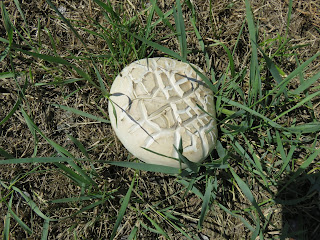 Whilst on the natural history trail, anyone any idea what these rather large fungi might be? I am unable to find anything like them in our field guide to fungi. Could the cracked upper surface be due to the sudden large dousing they got on Friday?
We walked down the towpath to Lower Shuckburgh and then took the lane up to the site of the old Flecknoe Station. This was on the same line as Braunston. Opened in 1895 by the London and North Western Railway, it survived until 1952 as a passenger station and until 1956 for goods. No trace remains of the station but the course of the line is still clearly visible. 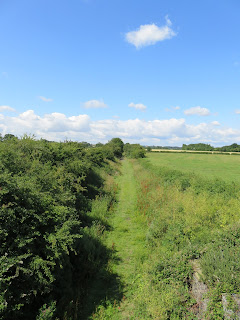 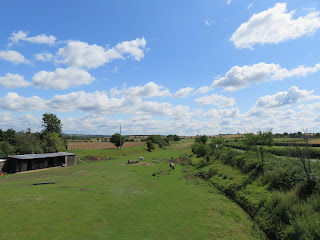 Viewed from either side of the bridge that still carries the lane across the old line. 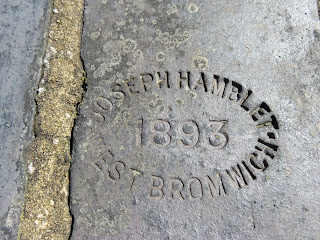 One of the coping stones of the bridge, Joseph Hamblet's brickworks specialised in blue engineering bricks and was active from 1851 until 1915. 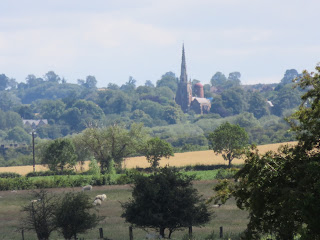 In the far distance Braunston Church and the old windmill were just visible.
Like many country stations Flecknoe's was about a mile and a half from the village but we set off in that direction and having crossed the canal and climbed the hill we found 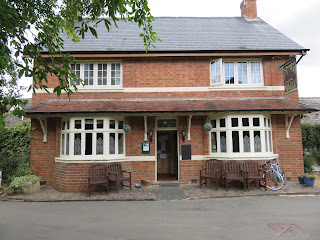 the Old Olive Bush where we enjoyed a light lunch, just a cheese and onion roll. Jill contented herself with orange juice and I was delighted to find they had Poachers Pocket from the Church End brewery.

Giant puffballs, delicious fried in butter then coated with breadcrumbs dipped in egg and fried again, yum yum.
As long as they are not soggy and turned brown hey are OK to eat.