Just an update, we've been busy for the last week

We are now recovering from a week with our two eldest grandsons, 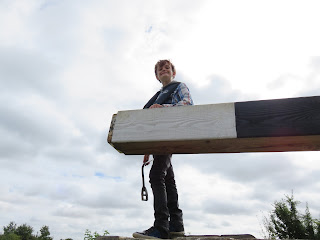 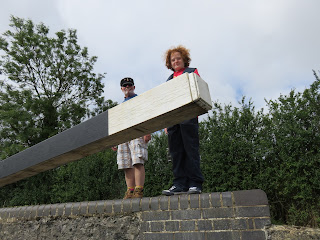 and Jonah.
They have both been issued with windlasses and are becoming competent lock workers. 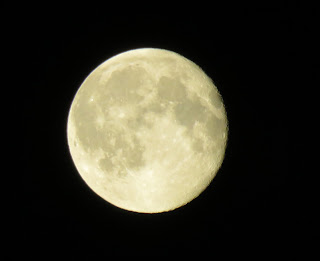 Just before they joined us it was the night of the celebrated "Blue Moon", and always willing to play with my new camera I zoomed in. Not a trace of blue. What a swizz. 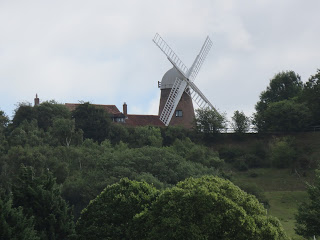 We headed south on the Oxford,stopping overnight by bridge 102 and next day we set off, passing Napton with its prominent windmill 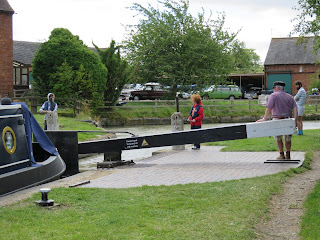 With two willing helpers we had soon reached the top of a rather busy Napton flight and as usual, on that awkward angled exit from the top lock, it was blowing half a gale. A flukey gap between gusts enabled us to get out, escaping the ignominy of being pinned against the far bank, a fate I have seen befall many a boater.
It was only whilst coming up the flight that we realised we had made a miscalculation. Next weekend is Fairport Convention at Cropredy and the number of boats was building. 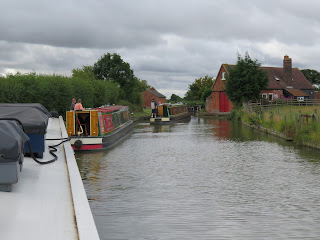 After a couple of days on the summit we joined the queue at Claydon locks. 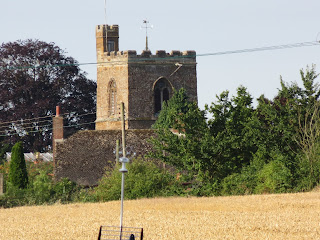 After a night spent just above Varney's Lock we ran the gauntlet of Cropredy. What with threading our way through moored boats and keeping the boys amused this quick shot of the church was the only picture we got of Cropredy.
We made it down to Banbury and moored in the park where we awoke next morning with a severe tilt on, for some reason the Banbury pound is dropping quite significantly overnight. A quick move down to the town moorings was undertaken where we enjoyed a couple of days amongst the frenzied shoppers in Castle Quay. 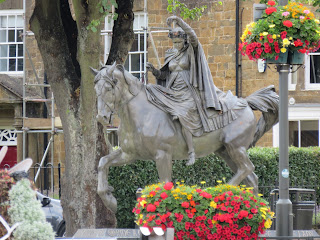 The fine lady on the white horse still seems to be having worries about the effectiveness of her underarm deodorant.   . 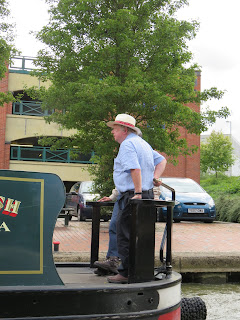 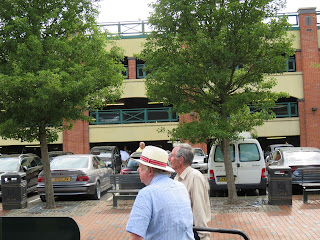 NEWS FLASH; Seen at Banbury on Saturday. John Sergeant is obviously making another series of Barging Around Britain. 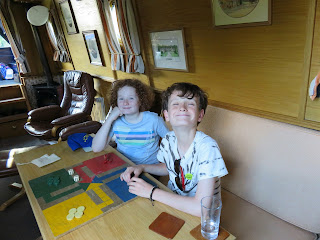 As well as lock working the two boys are becoming quite handy at the traditional naval game of Uckers. A game of skill, planning and deviousness plus various traditional insults.
Well the boys went home on Sunday, Monday was spent housekeeping and victualling and today we have moved back to the bottom of Claydon. Next weekend we pick up the other grandsprogs for two weeks.

Watch this space...
Posted by Graham and Jill Findlay at 16:14 No comments: